Hwayeon Nam presents a work that combines different interpretation of “labour” formulated in different forms of societies, in order to reconsider the notion of amateur. Drawings (digital prints out) show all the component of the kitchen department in IKEA manual, and a sculpture symbolizes a set of chopsticks, spoon, and folk in an exaggerated scale. Hwayeon Nam observes the current phenomena around a standarisation of “home” in a fordism manner and a transcendence of a notion of “homemade” under the influence of postfordist capitalism. The artist presents a reinterpretation of a contemporary notion of “labour” humorously, but seriously.

A sculpture referrs to a monument to the 50th anniversary of the foundation of the Worker´s Party, build in 1995 in Pyongyang, North Korea. The monument presents a hammer, a sickle, and a brush, each standing 50 meters high. 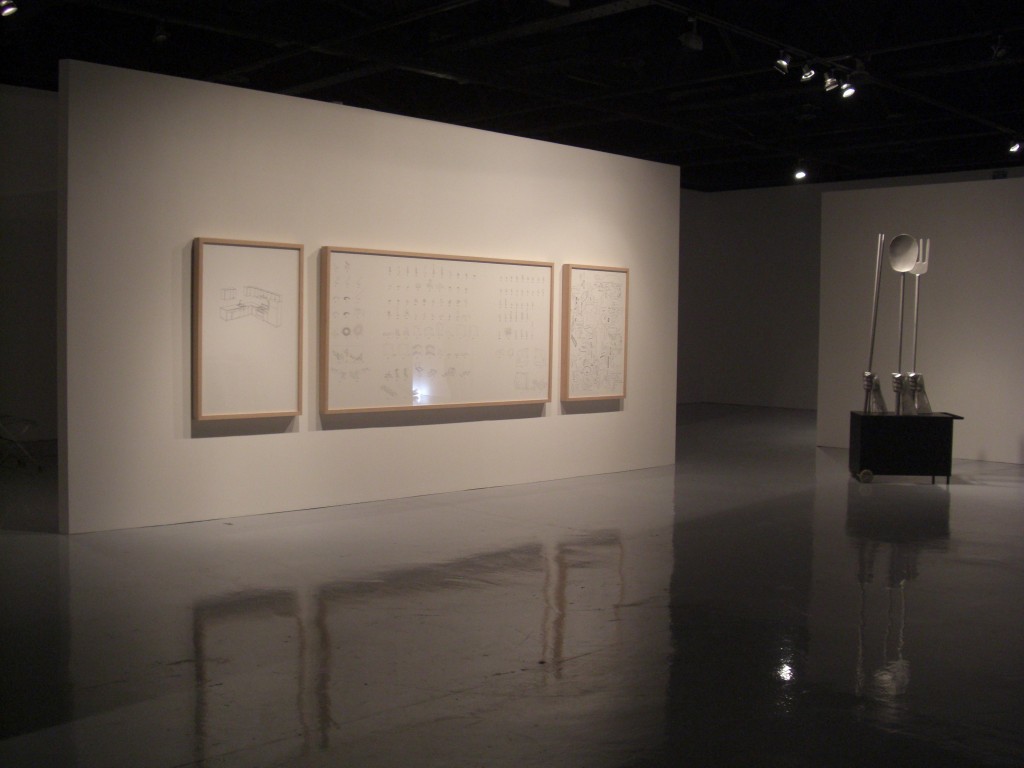 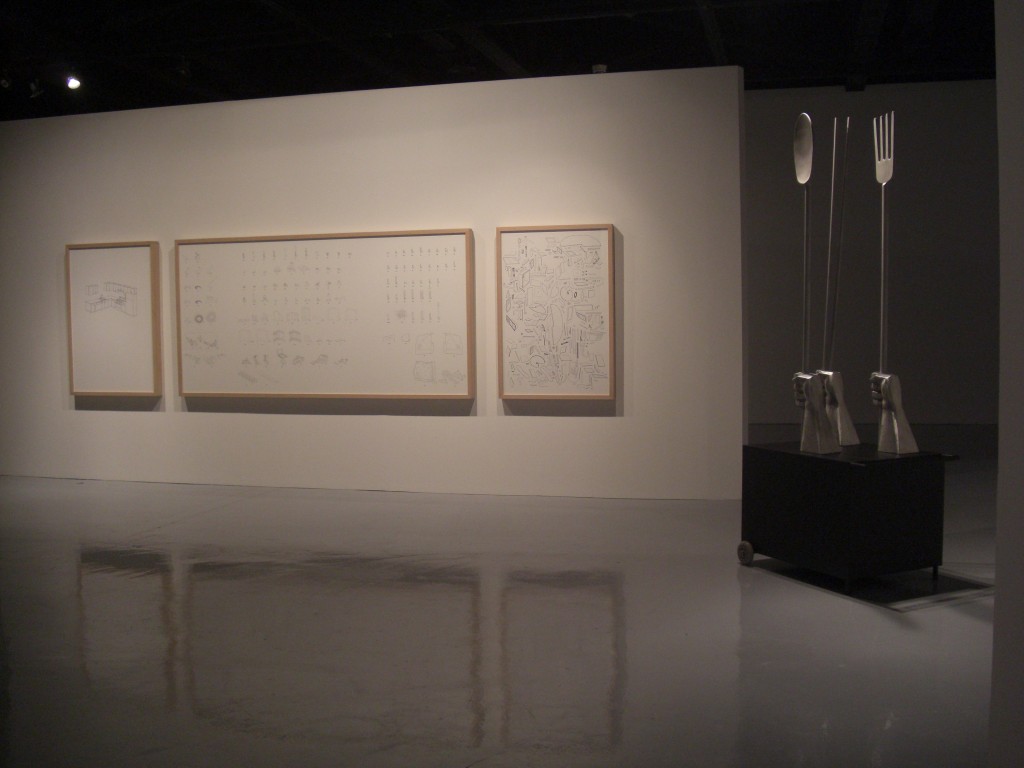