The work Mobile Phone Use/Advertising was made in 1999 in reaction to changes in everyday life in Finland and a concern with one of the first studies on people’s commu- nication behaviours carried out by communication academic Timo Kopomaa, The City in your pocket. Birth of the Mobile Information Society. Using three monitors Laura Horelli visually compares the promises made in advertising campaigns and the everyday use of the cell phone in the streets of Milan, Frankfurt a. M. and Tokyo. For her audio work, Street Interviews/Helsinki Laura Horelli collected statements made by twenty- four random passers-by on the streets of Helsinki asking how they used their cell pho- nes. The socio-economic importance of the mobile telephone industry in Finland at the time played as much of role as the ethical problems involved. Posters with quotations from the Finnish as well as the international press from the years 1998/99 regarding the social phenomenon of the cell phone complete the work. 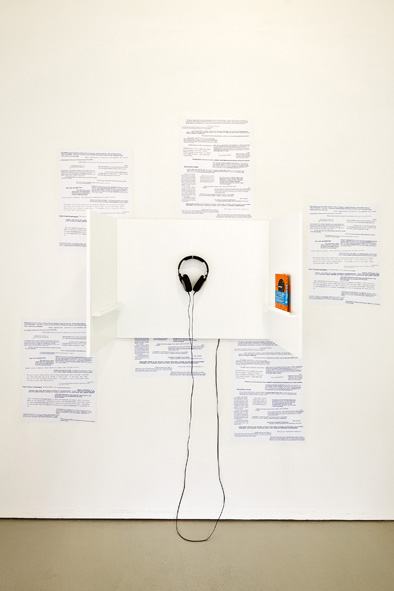