Sharing as Caring: Presence for the Future

A series of cabinet shows will be held in the foyer of Heidelberg Kunstverein from March 9 for a
period of ten weeks. The mini show is dedicated to the 3.11 Fukushima incident in 2011, and
will continue to take place annually each March until 2016.

Aimed at filling such a gap, a series, Sharing as Caring: Presence for the Future, will present
updated information about the situation in the northern part of Japan once a year in Heidelberg
Kunstverein. The first exhibition in March 2012 will consist of two cabinets. One will present
Onagawa Community Project, a citizen-initiated activity that attempts to produce a platform
for exchanging information, discussion and ideas to regain their lives, and reconsider their lives
based on modernistic values. The other will show a critical analysis on the media reports in
Japan about the radiation effects of the Fukushima nuclear power plant. Historically, wünder
cabinet has presented a collection of exotic objects from abroad. However, the cabinets in
Heidelberg Kunstverein aim to share the present and the future of those who are in/around
Fukushima with those in Heidelberg. 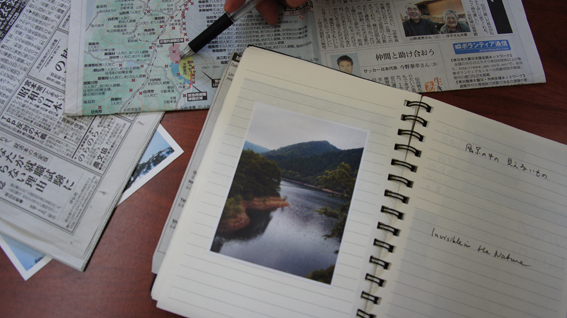 Cabinet 1 exhibits Taiwa Kobo, Onagawa Community Project in Japan (2011- ). Onagawa is a city
150km northeast of Fukushima, where an array of artists with different skills from all over Japan
emerged in order to collaborate with those who are in Onagawa. Taiwa Kobo, literally means
Dialogue and Workshop. Cabinet 1 presents two interview videos (12min35/2min 30), a diagram
of the project (work in progres), objects and documentation photography, which show how they
started to reconsider the existing system as well as to search for alternative approaches and
values for reconstructing a new micro strructure in everyday life.

Cabinet 2 presents a short video interview made by a German artist, Angela Melitopoulos and an
Italian philosopher, Maurizio Lazzarato in September 2011 in Tokyo. In the interview, Chihiro
Minato, a Japanese photographer/art critic shows his notebook filled with scraps and charts
taken from the articles on radiation caused by Fukushima in Japanese newspapers, and analyzes
how a psychological relationship with geography and radiation diffusion were produced by an
almost dysfunctional use of maps and numbers.

This series of cabinet exhibitions wishes to function as a seed to inspire collective thinking
beyond geographical distances between Japan and Germany, and to contribute the search for
an alternative value system, which releases us from a negative heritage of modernity in the last
century.

Sharing as Caring : Presence for the Future is curated by Dr. Miya Yoshdia.
The cabinet show in 2012, is kindly supported by Japanese Cultural Institute, Köln. 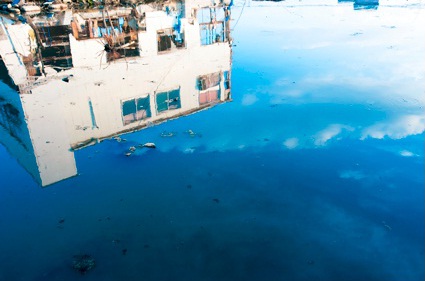